On Sunday morning we journeyed our way down to Harrisburg, OR, a whopping 38 miles.  I think that’s the shortest move we’ve ever made in the MoHo.  The rally is being held at the River Bend RV Resort.  It’s a nice resort right on the Willamette River, and has very nice meeting rooms that we’ll be using during the week. 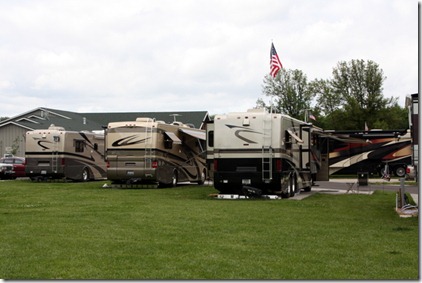 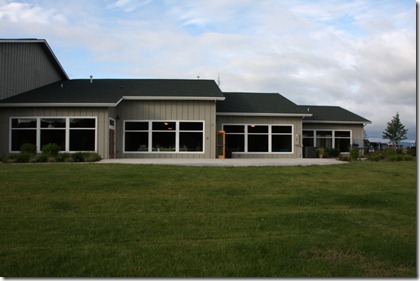 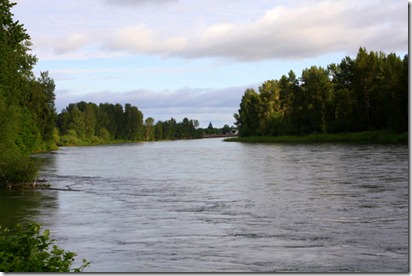 On Sunday night the early arrivals met at Rodeo Steak House & Grill in Junction City.  It was a surprise 70th birthday party for Ron Davis, and boy was he surprised. 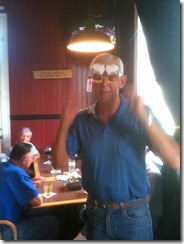 These photos are not the best because I took them with my I-Phone.  The food was good, but the company was better. 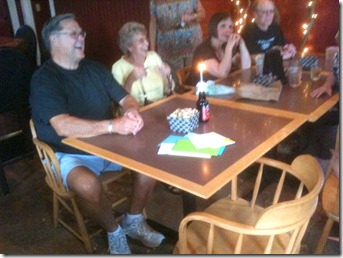 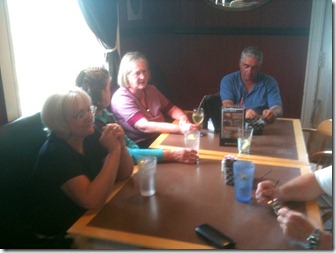 After our meals, they brought in a large cake with 70 candles burning.  We thought the fire department was on alert. 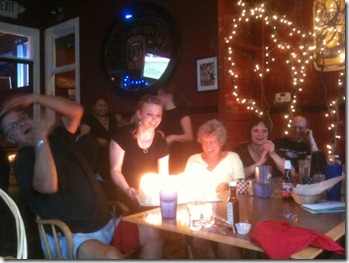 Ron was able to blow out all of the candles with a second and third effort and some help from his friends.  It was a great start for what will be a fun week.