The Tallest, But Not the Oldest or Largest

We’re talking about the coastal redwoods in our blog title today.  We drove south heading for the Avenue of the Giants.  But we wanted to make a couple of stops first.

Our first stop was the big city of Loleta, with a population of about 500 souls.  The reason we wanted to stop was the Loleta Cheese factory.  As most of you know, or can tell by looking at me, I love cheese and this factory makes over 30 varieties. 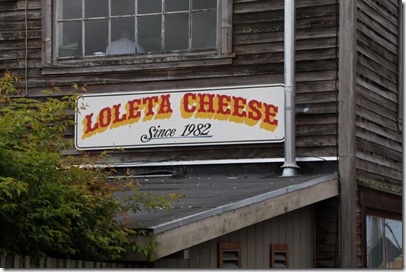 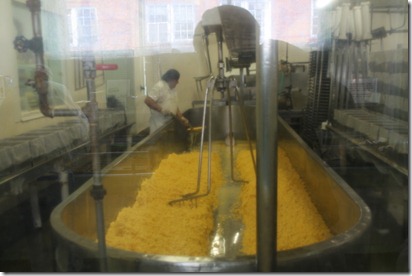 They had samples of everything.  We ended up buying some sharp cheddar, jack with garden vegetables, and a very creamy fontina.  It was a very good stop.

Around the corner from the cheese factory was the Loleta Bakery.  I had to stop there to check out the cinnamon rolls.  They were really good, and we also bought a loaf of sourdough bread, which we enjoyed over the next few days.

Our next stop was Ferndale, CA.  It’s a Victorian village in the middle of farms.  The whole city is a National Historic Site.  Here’s some pictures of the downtown area. 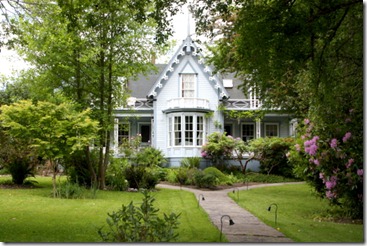 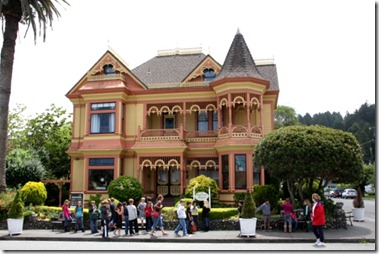 It had some great shops and galleys along the downtown area. 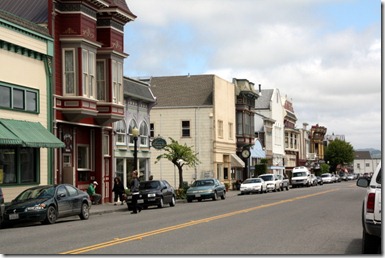 Finally we made to the Avenue of the Giants.  It’s the home of the Coastal Redwoods, which are a different species from the Sequoias near Yosemite.  The costal redwoods are the tallest trees, and the sequoias are the largest trees.  And by the way, the oldest trees are the bristlecone pines, also in California.

We followed the twisty, curvy road in and out of the forest along the Eel River.  The highlight was the Founder’s Grove in the Rockefeller Forest. 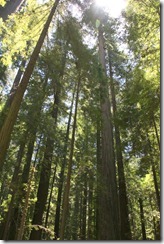 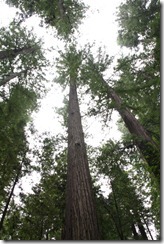 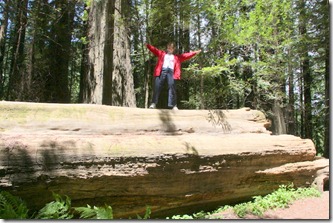 It is absolutey awe inspiring to be among these old, graceful trees that were here before Jesus was born.  It really brings a sense of joy and wellbeing to us just to be here hiking among the trees.

We went to the Humboldt Visitor’s Center to learn more about the forest and how they were saved from logging.  A highlight was the MotorHome that was constructed from a single redwood log. 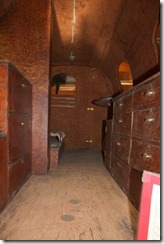 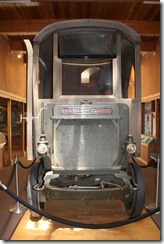 It was a great day in the Humboldt County and the Redwoods.